Beginning of demonstration in space:Succeeded in release of CubeSat named “ITF-2”

ITF2 was developed under Yui Project and it was released from the International Space Station (ISS) -KIBO at 6:10 p.m. on Monday, January16th, 2017, Japan time. ITF-2 was launched in December 2016 in Japan by the KOUNOTORI6 (HTV6, a cargo transporter to the ISS). It reached ISS on December 14th, 2016 and then it was brought in to KIBO.
Yui Project was started in March 2011 by Associate professor Toshihiro Kameda in the faculty of Systems and Information Engineering, University of Tsukuba and it was deemed to let students learn manufacturing products systematically in a long-term project.

After adoption of the release opportunity program of the CubeSat from ISS-KIBO at JAXA, this ITF2 cleared and passed various space environment tests and finally it achieved this release experiment from ISS-KIBO. ITF-2 will orbit a half year from now with verifying formation of Yui network, operations of ultra-small antenna and new type microcomputer. 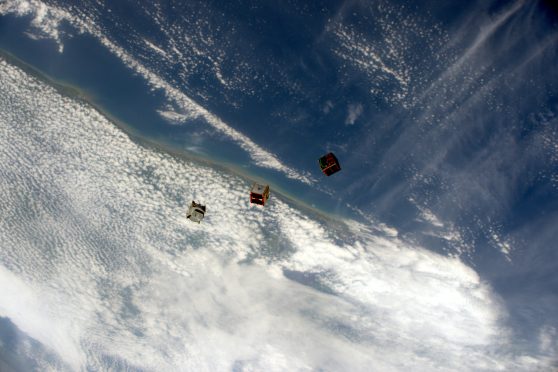 Associate professor Toshihiro Kameda is also serving CEO of Warpspace of the start-up at University of Tsukuba, and he utilizes achievements of his research into educational applications of total support solution business of low cost small satellite and development of portable ground control station for receiving data from satellite. Warpspace is aiming for a realization of total of one-million-yen launch (half million yen for the body and the rest for launching cost), and will try to their best to enter the space industry market.

Warpspace conducted demonstration experiments with the developing portable ground control station in Sao Paulo, Brazil from February 19 to 28, 2017. From ITF-2, they succeeded in receiving information that cannot be received in Japan and succeeded in its distribution on the internet. 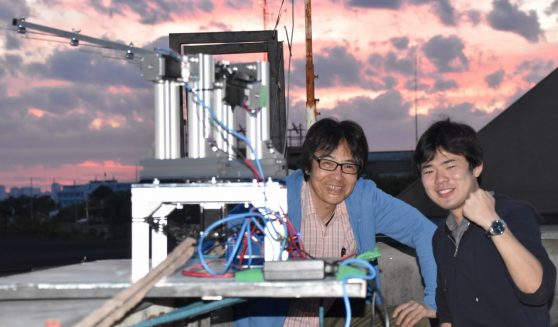 University of Tsukuba’s start-up Warpspace will be aiming demonstration of realization of low-cost CubeSat and its production and development of space industries by R&D under Yui Project,Associate professor Toshihiro Kameda says, “With this release and the success of demonstration experiments, I would like to focus on the further development of space projects and education. For education, when the condition of ITF-2 will be stable, I would like to hold events for children to teach the method of receiving signals from ITF-2.” 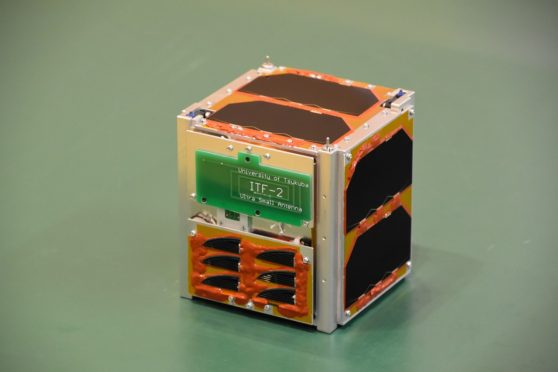 ＊ITF-2 is the second unit of 1U size CubeSat developed by Yui Project that was started in March 2011 at University of Tsukuba. And it is an improved version of ITF- 1 that was launched by HIIA rocket and then released in 2014.